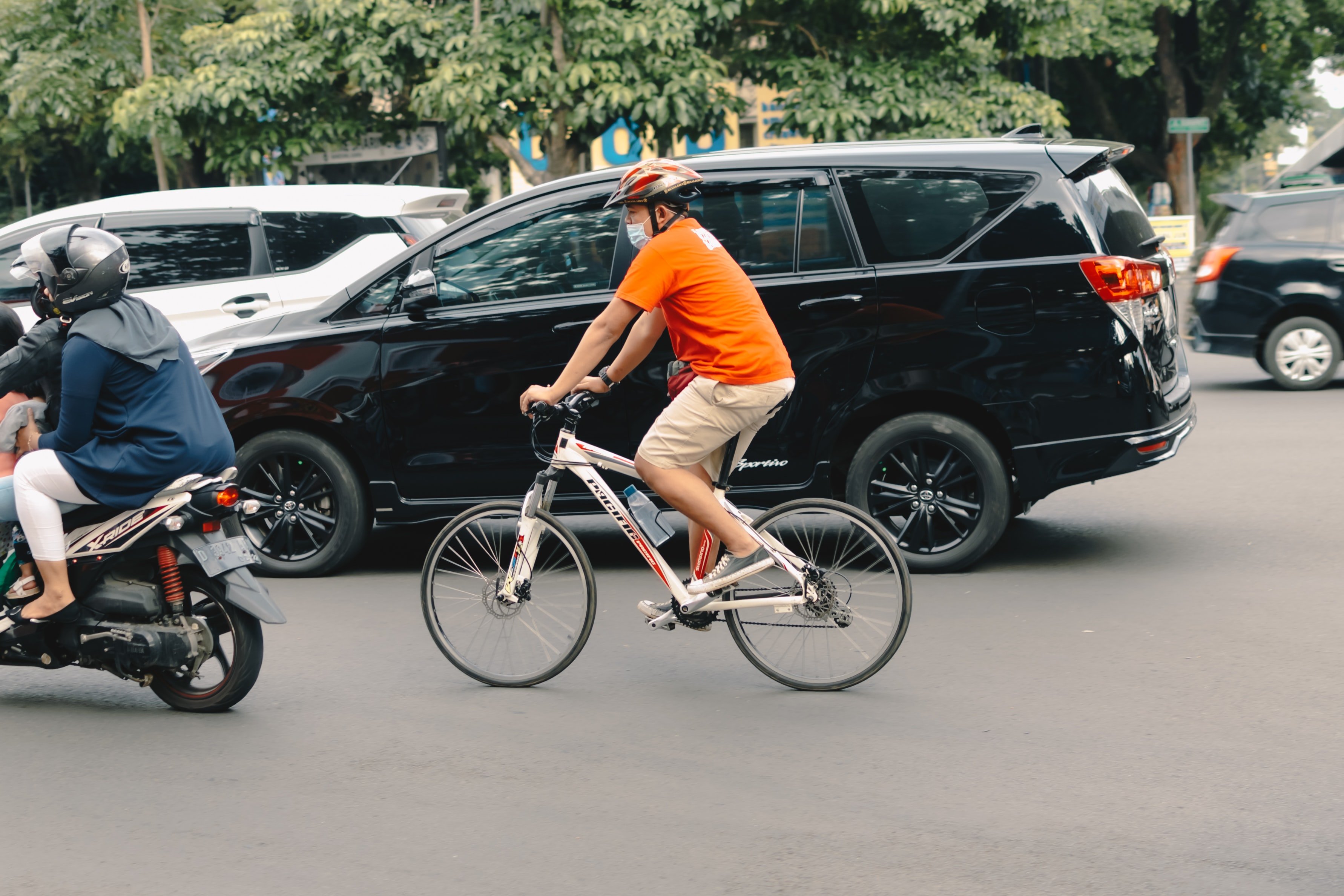 Cyclists and Cars Sharing the Road: Is Visibility the Solution?

Many issues can arise when roads must be shared by cyclists, cars and pedestrians. Most people acknowledge that pedestrians are more vulnerable and have the right of way. It gets stickier when discussing cyclists and vehicles sharing the road, with both sides being firmly entrenched in blaming each other for the accidents and near-misses that occur.

Cyclists blame cars for a false sense of entitlement and the belief that the road is theirs. They believe drivers see cyclists as interlopers with whom they do not want to share the road. On the other hand, motorists complain about the arrogance of cyclists, their unpredictable behaviour on the roads and their refusal to follow traffic rules. The aggression on both sides has been mounting and will continue as both groups return to the roads.

This tends to be a more North American problem as most of Europe has developed a mentality and infrastructure that allows both cyclists and motorists to co-exist safely and peacefully on the road. In European cities such as Amsterdam, there is a very large percentage of people who travel by bicycle. In these cities, urban planning has incorporated bike lanes and has altered roadways to lessen conflicts between the two. However, bike lanes are only one solution that is not always embraced by motorists. Furthermore, not all cyclists use bike lanes for a variety of reasons. This leads to traffic becoming a mix of bicycles and cars, with cyclists darting across lanes. Cyclists will also opt for sidewalks where they may feel there is less danger, though this can lead to risky encounters with pedestrians. Urban planners must investigate new solutions for traffic light timing, roundabouts and bridges so that the flow of traffic is smooth, and aggression is reduced.

Visibility is key for urban planning as you cannot fix what you can’t see. New solutions for traffic data collection can provide the visibility needed to improve road safety for all users. The Bluecity iQ platform collects and analyzes multimodal data about all road users including vehicles, trucks, bicycles and pedestrians. The lidar sensor can detect road users in all kinds of weather and lighting conditions. Urban planners can log into their accounts on the platform and view an intersection in real-time. They can see which intersections may have a lot of bicycle use and close calls with cars or trucks. Studies show that intersections are where the majority of bike versus car collisions occur. In the video below, you can see a cyclist’s close call with two vehicles as captured by Bluecity's lidar sensor.

This kind of visibility into potential hot spots can help planners devise solutions for sharing the road and allows them to prioritize the most dangerous intersections. They can also learn which routes are the most popular for cyclists and focus their efforts there. With detailed multimodal analyses of road usage, planners no longer have to guess where to add bike lanes or adjust traffic light timing.

Bluecity’s is committed to making streets safer for pedestrians, cyclists and motorists by offering municipalities and consulting firms our intelligent traffic solution. Bluecity iQ is a multimodal traffic data platform that combines lidar technology and artificial intelligence to provide real-time traffic data and analytics. We envision a world where traffic accidents are rare, driving to work is a pleasure and carbon emissions are reduced.

Organizations involved in collecting and analyzing traffic information, such as city planners and...
Read More

One of the founding principles of Bluecity Technology is to have a positive impact on the world...
Read More

The ITS World Congress is scheduled to take place in Hamburg, Germany from October 11-15, 2021. It...
Read More